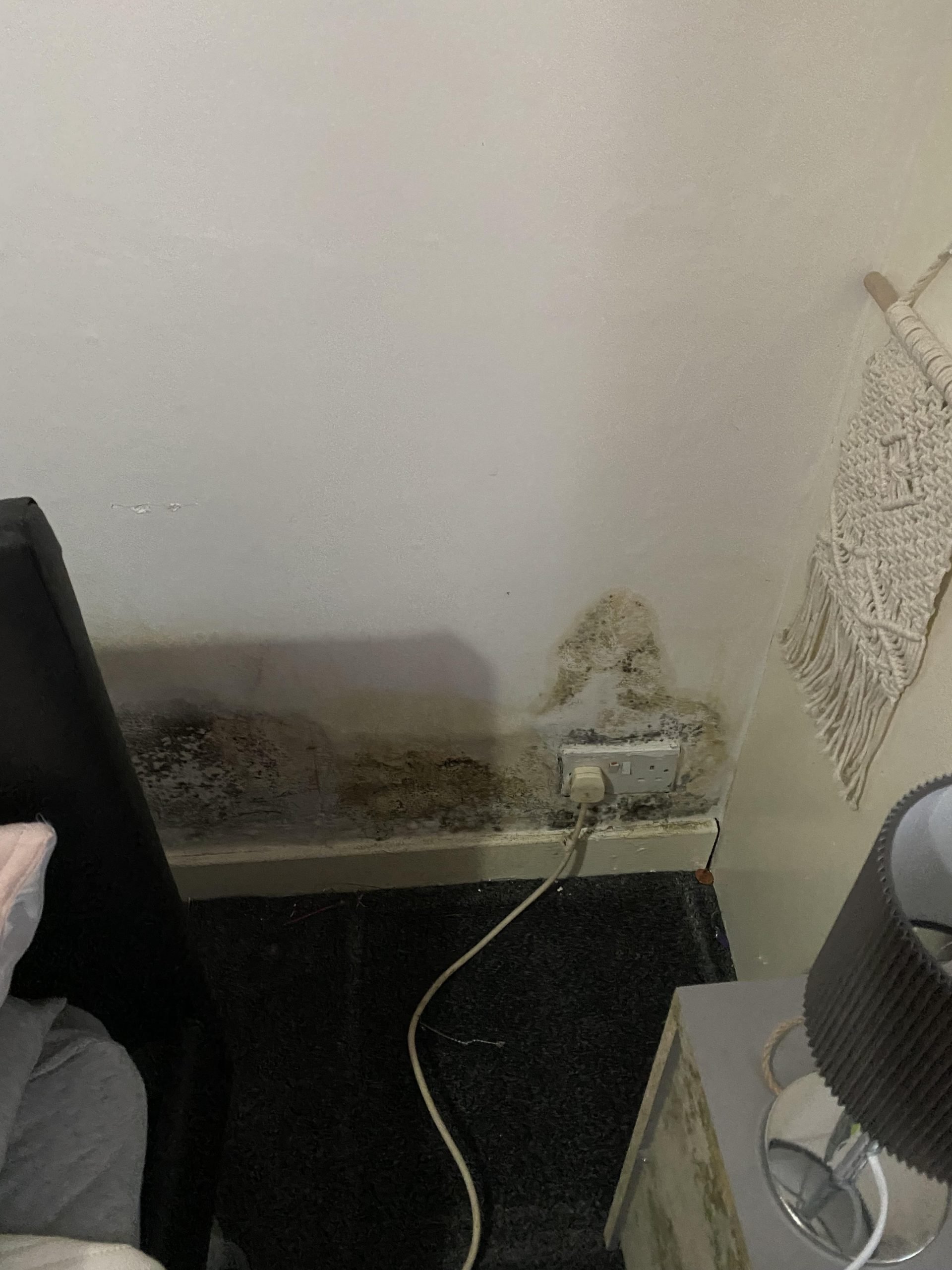 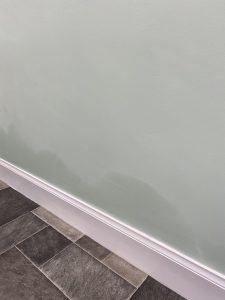 Why are British homes so blighted by damp and mould? Blame the climate, humid and getting wetter every season. Blame the building industry, cutting corners and scratching their heads since records began. And blame the homeowners for, among other sins, paving over their front gardens right up the exterior wall of the house, leaving increased rainfall nowhere to go but indoors through inadequate damp courses and cracks. Blame millennials taking too many showers.

One homeowner, who wishes to remain anonymous, recently investigated a stranger than usual musty smell in her teenage son’s bedroom. To her horror, she found a disturbing mustard-coloured mushroom-type growth proliferating between the back of his wardrobe and the outside wall.

“That would be a peziza, usually called elfcup fungus,” says Nicholas Donnithorne, UK technical services manager at Rentokil Property Care. “It is a sign that your masonry is saturated. It basically lives off detritus. Could be a broken downpipe, missing lead flashing, sometimes a leaking WC or driving rain on a wall with cracks.” It was caused, it turned out, by the failure of the wall ties in the exterior brickwork, which was allowing moisture ingress into the walls, turning the fungi into an unwanted house guest. 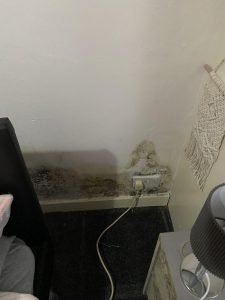 Condensation is a familiar sight in British homes and it leads to mould.

Our nation’s attractive bricks and mortar may command premium prices, but it also attracts damp and mould. It was no coincidence that Charles Dickens called his undertaker in Martin Chuzzlewit Mr Mould.

Problems vary due to the specific type of construction, but there are some fairly common themes. “Very old homes tend to be difficult to heat, which leads to general damp issues,” says Susan Francombe, a chartered civil engineer, barrister, adjudicator and arbitrator, who founded the Business of Building, a construction advice company. “Sometimes walls have been coated to ‘seal’ them and prevent damage, when what it actually does is trap moisture underneath, causing damp. Older homes tend to be single brick with lime mortar. Repairing them with modern mortar can actually damage the brickwork. Mid-century homes are likely to have cavity walls and, if there is material in the cavities or the brick ties are not angled properly, can let damp through. Newer homes are better insulated, but condensation remains the major problem.”

Along with dry rot — a fungal timber decay characterised by wispy greyish white mycelium strands which thrives in poorly ventilated conditions, turning a humble abode into Miss Havisham’s bedroom — fungi is an extreme consequence of damp and mouldy conditions. Condensation on the other hand, is a familiar sight in British homes, dripping down windows and steamy bathroom and kitchen walls, pooling on windowsills and causing paintwork to peel. Condensation occurs when warm air rises, cools and then loses its capacity to hold water vapour. It happens particularly when warm air comes into contact with cold surfaces.

And it leads, often with remarkable speed, to mould, typically a black or green growth — but it can be pink, orange or a number of other lurid shades — which spreads by spore transmission. Mould produces allergens, substances that can cause allergic reactions, irritants and, sometimes, create toxic substances. Inhaling or touching mould spores may cause sneezing, a runny nose, red eyes and skin rash. Mould can also cause asthma attacks, NHS England says.

“It is important to understand that the kind of mould caused by condensation is not caused by damp outside that is trying to get in,” says Steve Austin, founder of Yorkshire Condensation Control, a Leeds-based company that specialises in helping homeowners to tackle condensation, damp and mould. “Problems can occur from ‘penetrating’ dampness, but this is a different matter. It’s water coming in from leaking gutters or defects in the walls, but these are always confined to a single area in your home. If you have mould in different rooms then you have a condensation problem.”

Consumer confusion is a major problem, contributing to time and money wasted on misdiagnosis, and sadly, shoddy firms cashing in. He says that he receives a “huge upsurge” in calls at this time of year. “Everyone puts on the heating, houses get warm. Windows are the big one. The biggest irritation — to me it’s a national scandal — is that window companies will happily install new windows costing thousands of pounds, but they haven’t put the trickle vents in. Fundamentally, it’s because we’re following a mantra about draught-proofing. Everything is sealed up; some houses have no airflow. If you don’t have a small amount of fresh air coming in, you’re going to get mould.”

At one property his company worked on, a mid-terrace 19th-century house in Saltaire, a Victorian model mill village in West Yorkshire, condensation on the windows and mould on the bedroom walls was the major problem. “Since the property is in a World Heritage Site we did not want to make any external changes to the building that contravened the rules governing allowable changes. This presented a particular challenge,” he says. “The bigger issue was with the air quality in the house overall.”

Investigations found that among other issues, a cheap, ineffective extractor fan had been fitted in the bathroom and vented straight into the loft, the sash windows were airtight and provided no ventilation, and the roof timbers were wet, indicating a severe lack of ventilation in the loft, storing up the potential for wet rot, dry rot and possibly, woodworm.

The solution was to replace the fan with a model controlled automatically by humidity levels, adding a new fan vent under the roof slates, which were also fitted with vents to improve air quality in the loft, and bringing in a whole house ventilation system to fetch fresh air from the loft into the living space. This reduced humidity levels, thereby eradicating condensation and sounding the death knell for mould.

It’s all a matter of balance between a warm home and a well ventilated one, says David Hilton, eco expert for the Northern Homebuilding and Renovating Show. His mantra? “No insulation without ventilation.” Hilton came to England in 1997 from a village with no electricity outside Cape Town in South Africa. In his ideal world, every home would have some form of mechanical ventilation system. For a three-bedroom semi, this might be a retrofitted PIV (positive input ventilation) kit, which he says could cost as little as £200-£400. A full MVHR (mechanical ventilation with heat recovery) system, installed either by a (very) competent DIYer or professional, would cost from £5,000 to £10,000 and is most practically done as part of a new-build or major renovation. In his own Wiltshire bungalow, where he has converted the loft, he keeps damp at bay by a simple trick; opening the roof windows.

Have we lost the art of common sense in the quest for warm and well-insulated homes, whatever their age or provenance? Perhaps. Austin argues that while consumer behaviour plays a large part in exacerbating problems, certain construction and internal features pre-dispose British properties towards damp. This is especially true if you live in a flat or bungalow — he says the page on his company’s website offering specific advice for bungalow owners is the most visited — or the property has a solid concrete floor, there’s only one outside door and the roof underlay is non-breathable.

“And then there is the way that people live in their homes,” Austin says. “Modern lifestyles seem to generate more humidity, whether it’s showers — younger people shower more than us older types, who can remember taking just one bath a week — frequent washing of clothes, drying with tumble driers rather than outside, using steam irons and so on. It all adds up.” 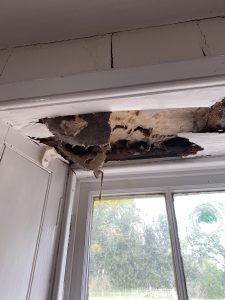 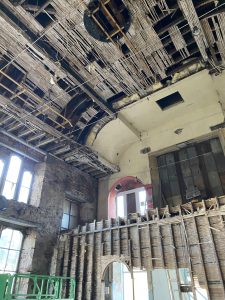 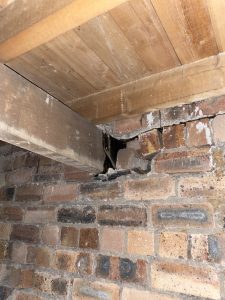 We were asked to carry out a Timber survey in Glasgow where the home report had noted, quite reasonably, that movement to the bedroom floor 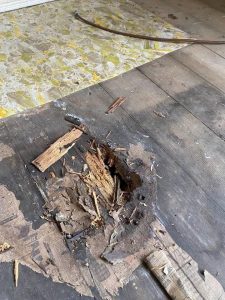 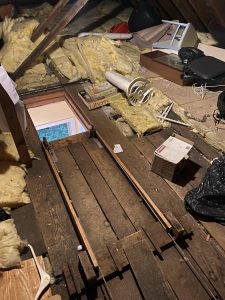 At a recent timber and damp survey in Ayr we came across this contraption – weights and a pulley system for a loft ladder that, 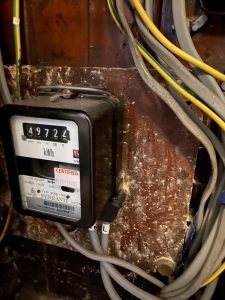 At a recent timber and damp survey in Glasgow we came across this infestation of woodworm affecting the timber backboard holding the electricity meter. There

This website uses cookies to improve your experience while you navigate through the website. Out of these cookies, the cookies that are categorized as necessary are stored on your browser as they are essential for the working of basic functionalities of the website. We also use third-party cookies that help us analyze and understand how you use this website. These cookies will be stored in your browser only with your consent. You also have the option to opt-out of these cookies. But opting out of some of these cookies may have an effect on your browsing experience.
Necessary Always Enabled
Necessary cookies are absolutely essential for the website to function properly. This category only includes cookies that ensures basic functionalities and security features of the website. These cookies do not store any personal information.
Non-necessary
Any cookies that may not be particularly necessary for the website to function and is used specifically to collect user personal data via analytics, ads, other embedded contents are termed as non-necessary cookies. It is mandatory to procure user consent prior to running these cookies on your website.
SAVE & ACCEPT